Magic Kingdom –  Parade and Fireworks  (Ride would be the Mine Ride) 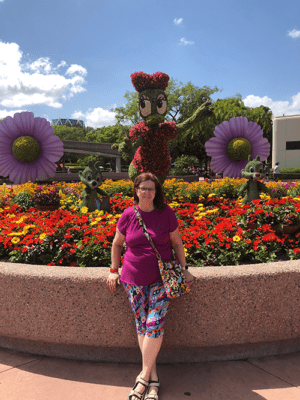 Favorite Time of year to go to Disney – Right after Thanksgiving

To be able to share my love of Disney with others and help people go to the most magical place on earth!  For the past 35 years, our most special vacation Destination has been to Disney.  I have planned all of the trips for our family since our children were 3 years old.  Many friends and family members have asked for advice and recommendations on what to do at Disney, where to stay, how to get there, etc.

There isn’t anything that excites me more than talking Disney!!